Doubting the golden rule – how to speak about competition?

Don't talk bad about your competition. End of story. I am asking why? And how should I talk about them instead? 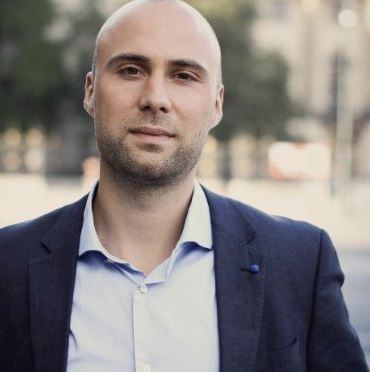 No one would tell you to bad-mouth the competition, but that doesn’t mean that you shouldn’t address and weaken them head-on in sales conversations. I drew parallels with politics and marketing to show that inducing uncertainty (FUD) is working. Nevertheless, the real art is in how to dismantle the competition. The conclusion is that in mature markets, one should address competition and cling to a few competitive advantages to drive home those competitive points. Whereas, in new markets, sellers should talk about competition early to support the product position in the mind of the buyer.

Since I am in sales, everyone repeats the same thing over and over again: Don’t talk bad about the competition. Whilst I agree ethically, I remember all too well how competitors called us dismissingly ‘nice for startups, but not mature’ and ‘we don’t come across them often’ and more aggressively ‘I thought you wanted a compliant solution’. Some competitors stole customers and made them talk about their experience in webinars and conferences. Other competitors sued us for negligible Adword wordings in order to hinder sales due diligence in big deals. In short, they induce FUD (Fear, doubt & uncertainty) in the minds of leads & customers, and still, no one would ever tell you to fight fire with fire – which led me to explore this notion of how to deal with competition in a few other contexts. As nobody wants to talk honestly about it in sales, let’s have a look at situations where stakes are high and competition is fierce i.e. politics and standard wars (i.e. Blu-ray and HD DVD).

The effect of uncertainty

Avoiding uncertainty is a vital component of human psychology. We all try to avoid uncertainty if possible; when making purchases i.e. by reading reviews or when choosing partners by building trust over time.

In the context of politics, the researcher Battels argues uncertainty has three effects: (1) voters do not support a candidate if they do not know anything about him; (2) voters prefer known quantities over unknown quantities; and (3) levels of information available to the public influence the voter's evaluation.

So, if uncertainty is something people avoid it would seem they would migrate to that which is certain, which is the crucial lesson for sales from inducing FUD.

Politics as an example

If only there was an example of a political campaign that is majorly focussed on discrediting the opponent publically and also succeeds by doing so. The current US system is too politically charged, so let’s talk about the 2004 campaign of Bush & Cheney vs. Kerry. The Bush & Cheney campaign portrayed Kerry as a flip-flopper that couldn’t make his mind up on important issues, which created the feeling of uncertainty in the minds of the voter in the first election after 9/11. Bush, however, had the benefit of four years of voters’ experience and information on the US president, which lowered uncertainty in the minds of voters.

Marketing as an example

The concept of FUD (again Fear, uncertainty, and doubt) originated in the 1970’s in the mind of IBM’s marketing department. They came up with a phrase that we have all heard of:

Nobody ever got fired for buying IBM

They actually still have it on their website, so they must be proud of it. Tineke M. Egyedi & Anique Hommels from Maastricht University made a comprehensive study on how FUD was used in the standard wars for EU telecommunications standard in the 1990s.

Marketers tried their utmost best to discredit the opposing party and to create FUD in the minds of the decision-makers – as the party with the least amount of uncertainty would likely come out on top.

My conclusion is that FUD works, which should be clear to every sales rep – but the real question is how to induce FUD in order to not come across as unethical.

How to induce FUD the right way?

Let’s assume that a situation where we are selling CRM software, which is a very competitive market. We are a smaller scaleup of 100 FTEs and are competing with Goliaths like Salesforce. Your lead has told you that she is comparing you to Salesforce, what are your options?

(A) Salesforce? Oh. Have you had the chance to work with it yet? It’s not user-friendly and you need a separate salesforce admin to maintain the software.

(B) Ah, Salesforce, yes we recommend them for complex, supply-chain heavy, businesses as the software is very flexible, however, we have had a lot of switchers telling us that they had the flexibility caused them a lot of headaches as they needed to wait weeks for tweaks in the CRM and had an expensive admin on the payroll – what is your opinion on this?

Jason Lemkin also advocates the direct response and induction of FUD and his answers tend towards Option A. My personal preference is B. – I reckon the takeaway here is: don’t be an a**hole but address competition directly.

A tool that I recommend to use to my clients is a simple google sheet that entails all competitive data. There are now even tools for this i.e. battlecard.io, but for starters, the following structure is more than sufficient if you update it regularly:

Make sure to color-code each feature difference in comparison with your own tool to make competitive strengths and weaknesses easily identifiable.

Asking for other options that a lead is considering should be a must-have part of a discovery process. Ideally, the question is asked early during the SPIN, during the pain questions, in order for you to relate back your stories to certain advantages that your software has over the competitor – you cling onto that key advantage. This relates back to the psychological principle of bringing across a few essential points for the lead to remember, as they do not remember more than 3 things about your software in a week's time. Trying to win with too many differentiators waters down your message.

If you are operating in a new market, positioning of your product is mostly on the sales reps’ shoulders. The buyer’s mind needs to be framed so that she understands the added-value of a new product. Let’s assume that its 2014 and we are selling Slack. As a sales rep my chances to win a deal increases by 24% by talking about competitors (i.e. Email or Project Management tools in the case of Slack) in the early stages of a deal, as it frames the discussion and problem awareness around the right set of players.

As mentioned earlier, President Bush or any incumbent president or tool for that matter, benefit from the fact that the buyer has prior information and experience with the tool. The latter naturally reduces the perception of uncertainty in the mind of the buyer.

In sales, especially in mature markets, marketing’s job is to position your tool appropriately compared to the competition and to reduce the uncertainty around your unknown brand.

For example: Maybe I am just heavily targeted but I come across tools like Outreach.io or Gong a lot when I am looking for information around sales. This halo’s expertise towards their brand and makes me trust them, even before I use or buy their product. Challenge your marketing and your entire company to rethink how you want to be positioned in the mind of the customer:

Did you like the article? Check out our online sales and customer success training here:

PrevPreviousMomentum vs. learning: How to react to bad sales calls? 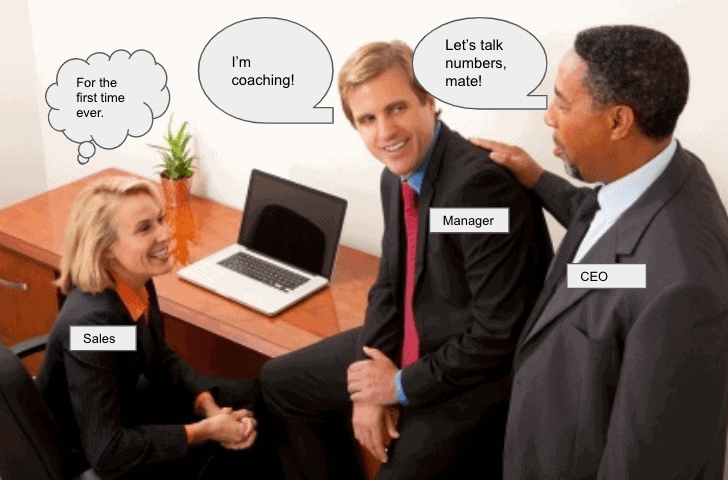 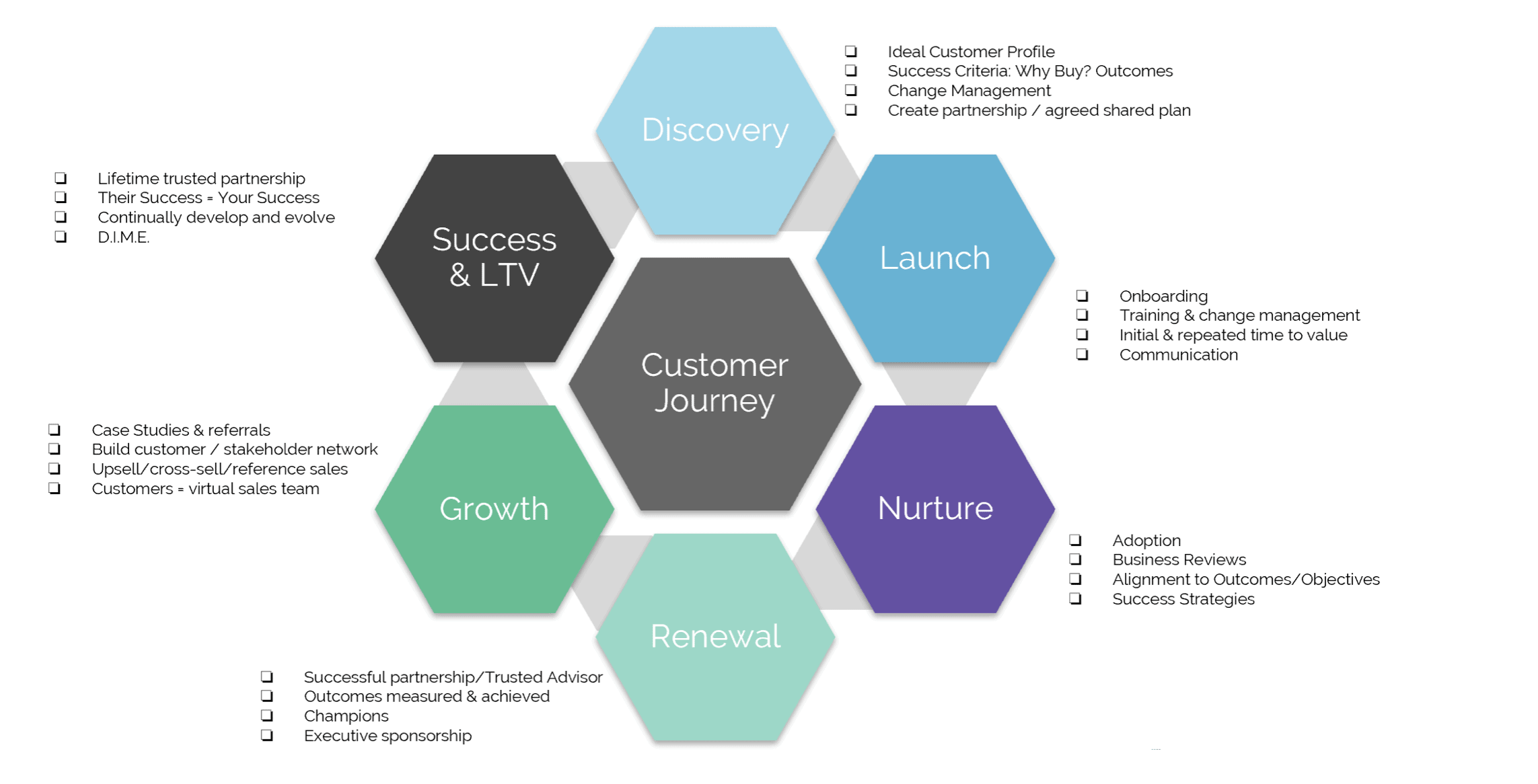 What is a Customer Success Manager?